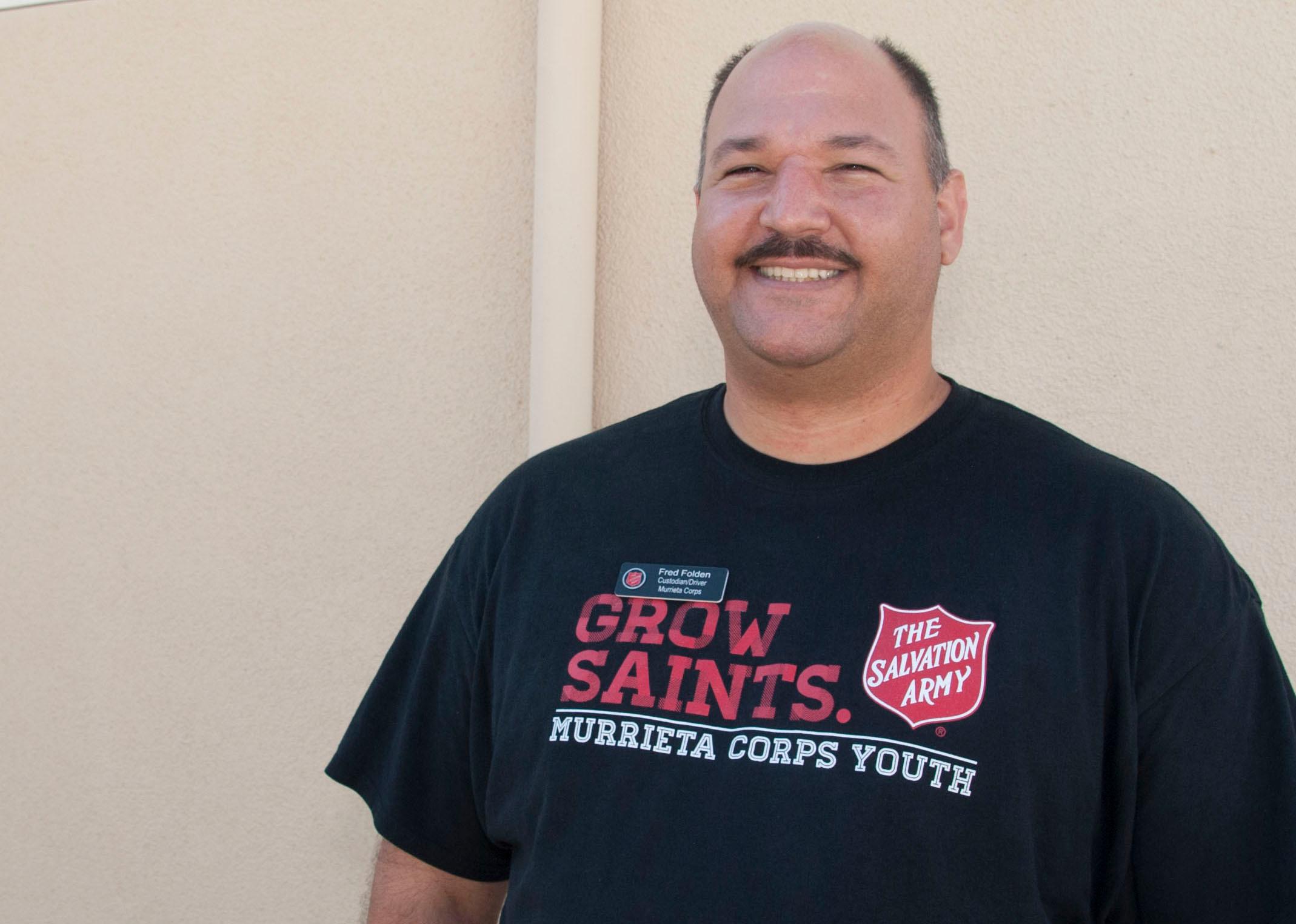 When Fred was growing up, his home was in turmoil. His parents separated when he was only 3. His mother moved the family around constantly to live with different family members. She was rarely around because she worked so much. One of his sisters babysat Fred to help, but her struggles with addiction made her a neglectful guardian. She often locked Fred outside all day instead of watching him. Without guidance from his family, Fred was drawn deeply into drugs in high school. “That’s when my life started going downhill,” he recalls.

By his senior year, Fred’s mom got married and moved away, leaving him to fend for himself. He didn’t graduate, but immediately got a full-time job. Until addiction dragged him down. “My life was crashing down around me,” says Fred. That’s when he came to The Salvation Army.

Thanks to gifts from compassionate people like you, The Salvation Army helped Fred completely change his life. He beat his addiction and earned his high school diploma. He met his soul mate and now has a loving, supportive family. “God is awesome. He gives you what you need when you need it,” says Fred.

Subscribe to receive more stories, directly in your inbox!

A gift to The Salvation Army helps someone in your community.

Do Good in your community

Join us throughout the week for worship, fellowship, Bible study, meals, community service and fun.